Gene transcription and protein translation are two key steps of the “central dogma”. Cells often response to disease and environment stress via transcriptional and translational control. Meanwhile, besides coding proteins, RNAs could function as noncoding molecules. Benefitting from bioinformatics and computational genomics methods, it is possible to quantitatively de-convolute factors contributing to translational control in cellular regulatory map via modelling coding ability of transcripts.

Gao Lab collected reliable paired Ribo-seq/RNA-seq data from the GEO database, covering 22 different cell types. By applying rigorous filtering criteria, the translation status for 101,170 GENCODE transcripts were called, among which, the translation status of 46% were found to be “coding” while 43% were “noncoding” in all samples. Interestingly, there were 11% of the transcripts exhibited diverse coding ability among cell lines (i.e., coding in some cell lines but noncoding in others), and named as context-dependent coding transcripts (CDCTs).

With data-driven feature selection and model building strategy, Ribo was built to quantitatively predict transcripts’ coding ability (TPM in Ribo-seq) across cell lines with (intrinsic, cis-) and (contextual, trans-) features，showing high accuracy (r = 0.81). The model implies that both transcript sequence and cell environment play important roles in coding ability determination, suggesting transcript’s coding ability should be modeled as a context-dependent continuous value, rather than a certain binary class. Remarkably, ncRNAs were reported to be associated with ribosomes and even encoded peptides since 2014 [1-2]. Predicted by RiboCalc, the ribosome-associated ncRNAs were with higher coding score, providing novel hint for this “coding ncRNA” paradox. 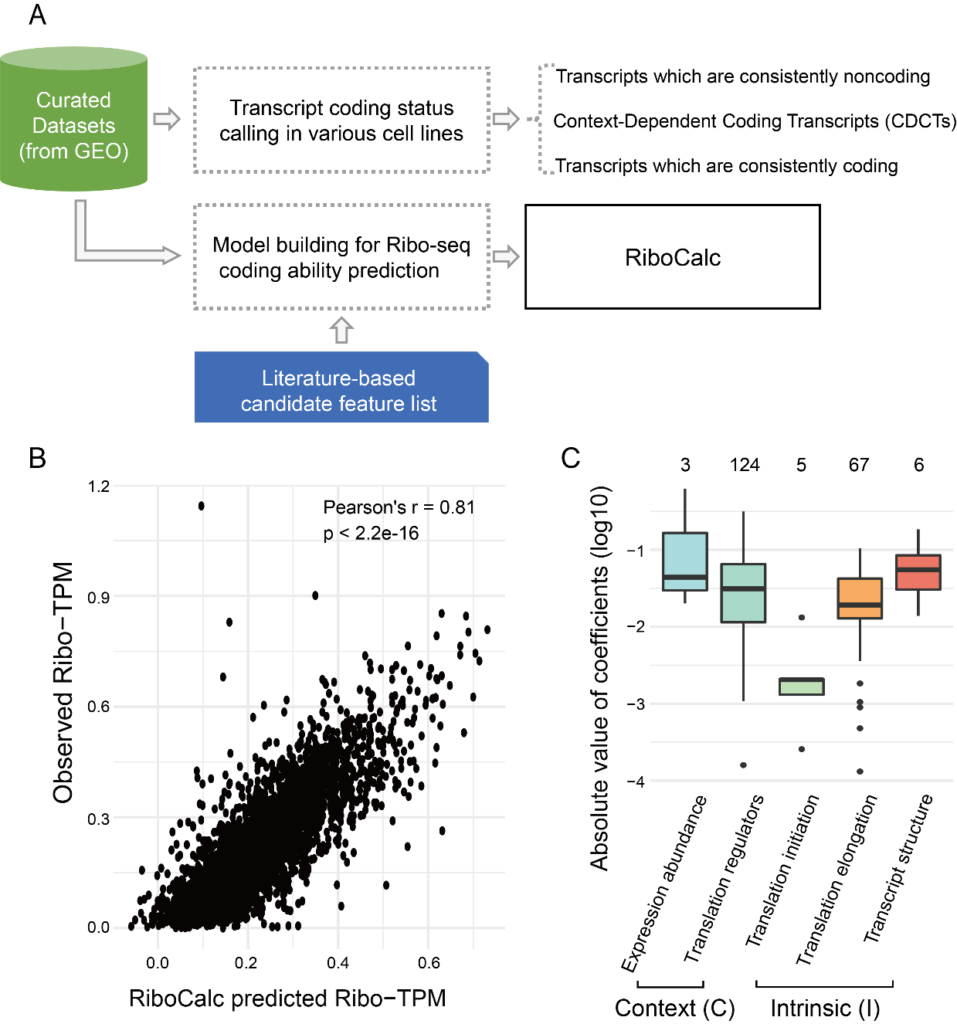 Figure 1, workflow and main results of RiboCalc. A, workflow of RiboCalc model building. B, performance of RiboCalc in independent testing. C, contribution of each class of features in the model.

As the first attempt in mammalians, RiboCalc accurately predict coding ability across cell lines in human. The program and tutorial are published at https://github.com/gao-lab/RiboCalc/.

Feel free to mail ribocalc@mail.cbi.pku.edu.cn if you have any issues!